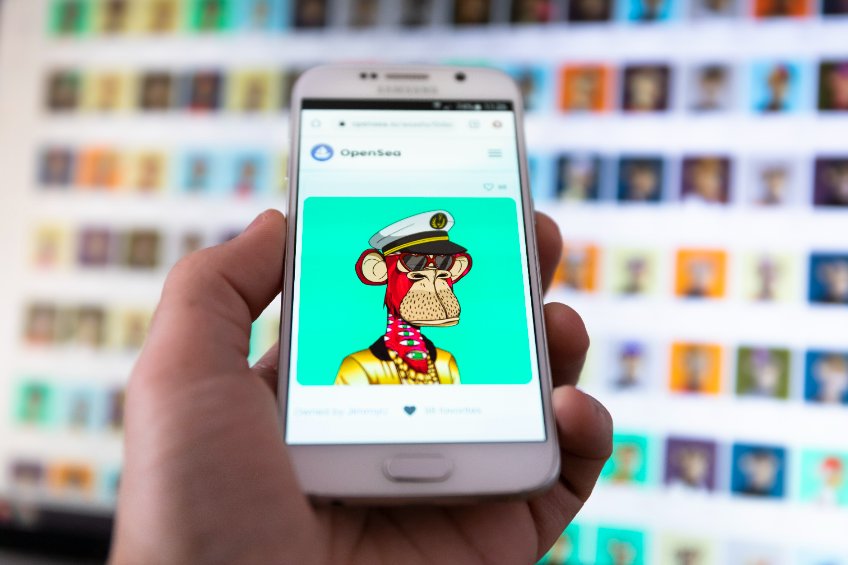 I’m in New York for a few days visiting friends. On Saturday night, we went to some bar in SoHo that my friends wanted to visit (“Greg from Succession runs it, and we might see him because he drinks there sometimes”). I don’t watch Succession and have no idea who Greg is, but I like beer and my friends aren’t that bad, so I went along with the plan.

Anyhow, despite risking becoming caricatures of ourselves, we got chatting about NFT NYC, the annual NFT conference which at least one of my friends is attending.  With tickets at $849, we were wondering who in the NFT space could still afford that.

Because with the geopolitical climate dire, the Fed hawkish and inflation spiralling out of control (I’m currently drinking a smoothie that cost $11, and has at least five ingredients, but somehow still tastes like orange juice), the market has turned. Amazingly, NFTs have not served as a safe haven asset as markets have tanked (OK, maybe that was predictable).

What better way to assess the market than by looking at the most famous cartoon monkeys in the world, the Bored Ape Yacht Club.

At the start of May, the floor price for Bored Ape Yacht Club was $420,000. Eminem, Snoop Dogg, Steph Curry and seemingly every celebrity in the world were pumping the price up, and the words revolution, ecosystem, metaverse and moon were flying all over the interwebs. Anyone who expressed doubt about the sky-high prices was declared boomers, Luddites or just not “getting it”.

The blue-chip collections were the ones that diehards claimed were meant to hold their value, but the last while has clearly proved this false.

What is important to remember here is that investors are prone to both the volatility of the specific NFT collection as well as the volatility of Ethereum (or whatever other altcoin the NFT is denominated in). If I re-hash the above graph but plot it in Ethereum terms rather than USD, the damage is a 43% pullback rather than 75%.

Sometimes it doesn’t have to be complicated. Trading highly experimental digital art, which has limited quantity and sells for six-figure sums, while not being able to be split up into constituent parts, qualifies as a highly illiquid and ultra-high beta asset. It follows that when the bears come out to play, these assets will plummet.

People have now realised that, so it will be interesting to track the impact of NFTs going forward. The NFT conference here boasts on its website a quote from the New York Times saying “this, to me, is Woodstock”.

Well, I suspect it’s a little less Woodstock and a little more funeral this year. Either way, it will be interesting to see how NFTs ride out this bear market going forward, having already shed the bulk of their value.

P.S. Greg from Succession – if you’re reading this, you should cap capacity, the bar is fun but we could barely move.